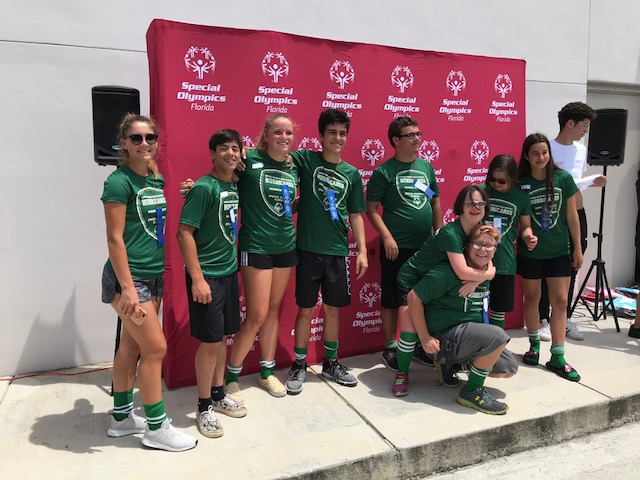 Coral Shores athletes participated in soccer Special Olympics on Saturday, April 6 as partners to the athletes and get promoted to the State level for upcoming games in Orlando in May! The team has been practicing twice a week for several months and will continue until May States Tournament.

Above: Riley and Lucia are getting ready to partner with their athletes

Above: Natalia, Riley and Lucia relaxing while they wait for their game to begin

Above: Riley and Will trying to determine who is taller. 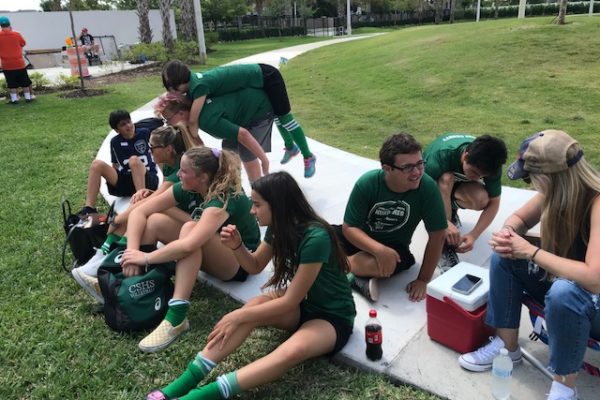 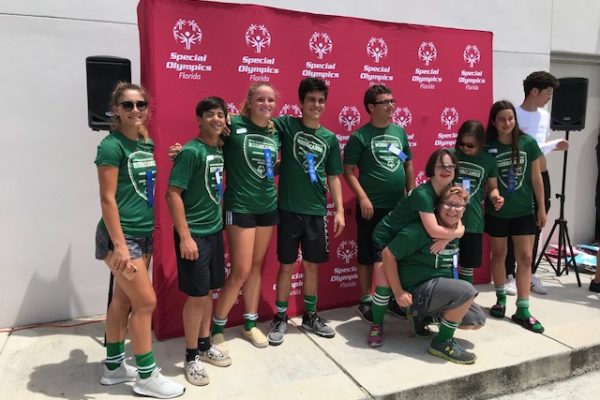 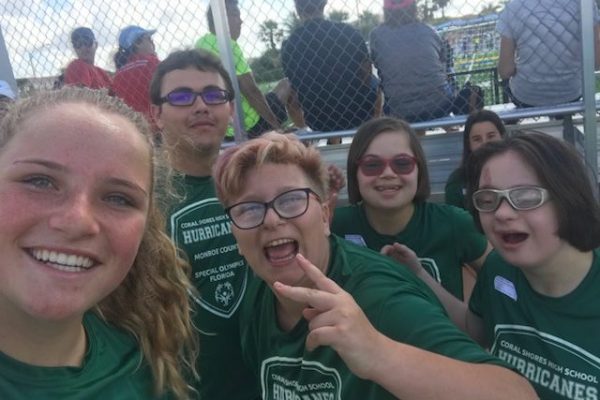 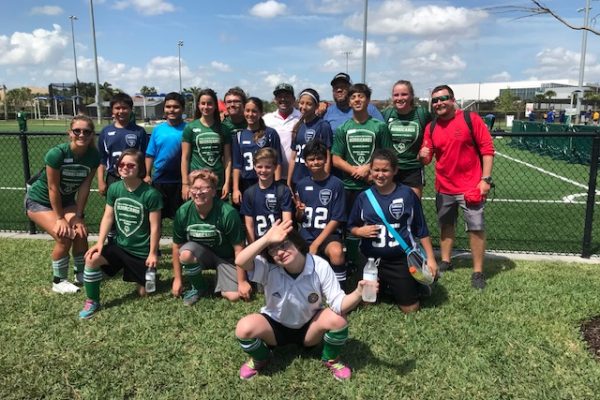