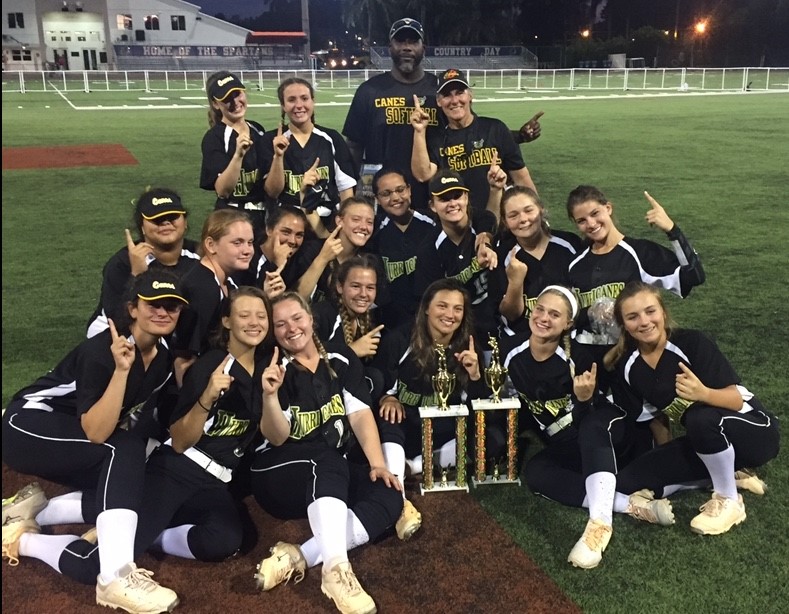 The Coral Shores softball team completed “a season for the ages” by defeating Colonial Christian 13-3 Wednesday evening in the South Florida Championship game played at Miami Country Day School. The Canes’ — who had previously won the “regular season” SFC championship–finished the season 17-1, with a perfect 9-0 conference record.

Coach Lesa Bonee—Unanimous selection as Conference Coach of the Year, Pictures with her assistant, Kevin Williams

Two Canes were selected to the SECOND TEAM: Lexi Brito and Jenna Jones

Two Canes were picked on the THIRD TEAM: Dallas Christmas and Emma Lovell

Jenna Jones helping Anna Langley with some of her hardware